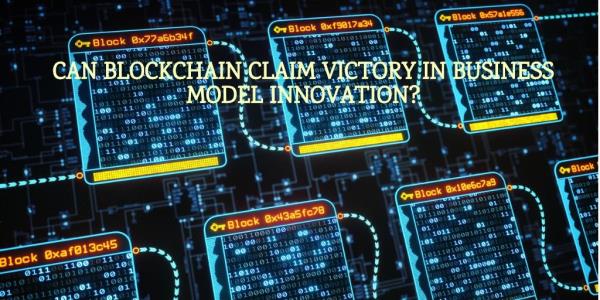 The accelerated expansion in digital capability and identity by many organisations and their associated ecosystem partners as a result of the COVID-19 crisis, has been an unquestionable step-response to protect their resiliency and operational efficiency.

As recovery started to re-shape the business landscape, we at the IKE Institute, have seen a steady stream of queries about what Blockchain technology is, what type of issues it can solve for an organisation and what is the expected return on investment from deploying it.

As with many new and emerging technologies, finding the initial starter home for their natural applications relies on the willingness of organisations to experiment and adopt such technologies to solve their challenges. In the case of the blockchain technology, which was initially outlined in 1991 by two researchers, Stuart Haber and W. Scott Stornetta who wanted to implement a system where document-timestamps cannot be tampered with, it did not locate a natural home until the launch of bitcoin in 2009[1] – a form of digital money and payment network known as cryptocurrency. In recent years, traction of blockchain technology applications can be evidenced in many governmental policies, and in the level of investments made by public and private sector organisations.

So, essentially, blockchain is a distributed, online ledger that records a history of digital transactions, without the need for a regulating authority. It is a distributed digital ledger technology (DLT) that uses digital assets as it foundational building blocks, and can record information and transactions between multiple parties efficiently and in a verifiable and permanent way.

The ‘Chain’ part refers to the fact that each block is strung together in a chronological and linear configuration. Once a block has been added to a chain, it cannot be removed or modified. This ensures greater security, as the permanence of the block precludes hackers from tampering with it. Any attempted change to the block will result in a new hash code being created, thus rendering a block unchangeable once added to the chain.

Blockchain offers a peer-to-peer interactions within a network where peers (referred to as nodes) can communicate, and do transactions with each other, without the need for a centralised system. To make the network self-sustained, each peer will have a copy of the ledger and there will also be a predetermined consensus rules – an algorithm that will take care of validating and storing transactions in blocks that are part of the blockchain. Blockchain technologies are categorised as Permissioned, (i.e., only authorised users can access the blockchain applications in private, consortium, or cloud-based settings), or Permissionless (i.e., publicly accessible for all users via the Internet) systems. Usually, all the participants on the network can read the data on the blockchain, however, a few authorised and trusted users can write the data on the blockchain.

Some of the touted generic benefits of blockchain include better transparency; enhanced security; true traceability; reduced cost; and improved speed and efficiency.

Beyond its initial application of cryptocurrency, blockchain is now experiencing a widespread adoption across industries, with projects moving from Proof of Concepts to deployment stages in a variety of applications according to many leading blockchain providers like Accenture, IBM, Infosys, NTT Data, TCS and Wipro[3]. From making transactions online easier and safer, through making transportation of goods more streamlined to that of making the food we eat safer. Blockchain has a strong application potential in healthcare, when it comes to managing large amount of very important medical data. A case in point is sharing of data for developing clinical trials for developing COVID-19 vaccines across the world. According to McKinsey, currently the distinct category-use-cases of blockchain range from record keeping (e.g. storage of static information such as identity and smart contracts, and optimising recall of vehicles with faulty parts and components) to that of transactions (e.g. registry of tradable information such as drug supply chain, insurance claims and in the gaming industry where players’ profiles their unique public addresses can be moved from one game to the another.)[4].

With the proliferation of Internet of Things related to Blockchain, the global market is expected to grow with a CAGR of 40% over the forecast period 2020-2025, according to a report ResearchAndMarkets.com[5]. In addition, Gartner’s research in 2019 highlighted a majority (75%) of organisations that have adopted IoT technology either have already integrated blockchain, or are planning on doing so during 2020 and beyond[6]. Equally, with the rise of platforms as a service (PaaS) and the need to extend data sharing between platforms and functions as well as across public and private cloud vendors to enhance productivity, generate analytics and enable new discoveries to be considered, data authenticity using blockchain technology is becoming a more mandated end-to-end requirement to assure such transaction.

More recently, the integration of blockchain technology with Artificial Intelligence (AI)–   where a machine can be allowed to have cognitive functions to learn, infer and adapt based on the data it collects– is promising a new set of value propositions[7]. Using the distributed ledger technology of blockchain with AI will decentralise the data needed by such processes of analytics and decision-making that govern transactions by using a trusted, digitally signed and secured shared-data environment. This combined AI- blockchain platform will obviate the need for a trusted third party or intermediary to be used, thus offering a much faster, efficient and secure transactions.

Whilst blockchain technology adoption is gaining traction by many business leaders, organisations and policymakers, there are still a number of challenges that affect the rate of take up. Chiefly amongst those are: scalability of processing transactions; interoperability protocols to allow interactions of peer-to-peer networks as many of the blockchains work is currently in silos; energy consumption with respect to solve complex computational power to solve complex mathematical solutions to ensure security and versification; access to available  talent as there is an acute shortage of blockchain experts and developers; and international standards or regulations to define for example data interoperability of data collected from different devices or platforms. Other factors such as cost, security, and privacy are for large scale implementations could also be legitimate inhibitors. For example, storing and computing data on the blockchain could potentially be slow and expensive[8], as standardisation of how healthcare data is formatted to facilitate meaningful interoperability between systems remains problematic.

On a more mundane front, devising a sound governance model managing a blockchain platform among different participants and stakeholders remains to be a tedious task. Serious issues arise related to the type of blockchain to be deployed (e.g., Hyperledger or Ethereum), who would administer and troubleshoot the blockchain, the deployment location of the blockchain nodes, who would write the smart contracts, arbitration and settlement of disputes amongst many other issues.

Undoubtedly, Blockchain technology introduces a new design paradigm for next-generation transaction-based applications. Currently, blockchain remains to be premature in claiming a victory in business model innovation just yet. It is a strong contender, however,  for those organisations that transact or use significate big data applications, where a distributed and shared public or private ledger is required with a collective consensus mechanism to assure trust, transparency, and accountability. Its growth remains subject to pragmatic feasibility factors that may limit the return on investment potential on proof of concepts and into full deployment.

[1] Satoshi Nakamoto released the bitcoin whitepaper in 2008, which uses blockchain to power networks.

[4] Blockchain beyond the hype: What is the strategic business value. McKinsey & Company June 2018.